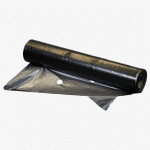 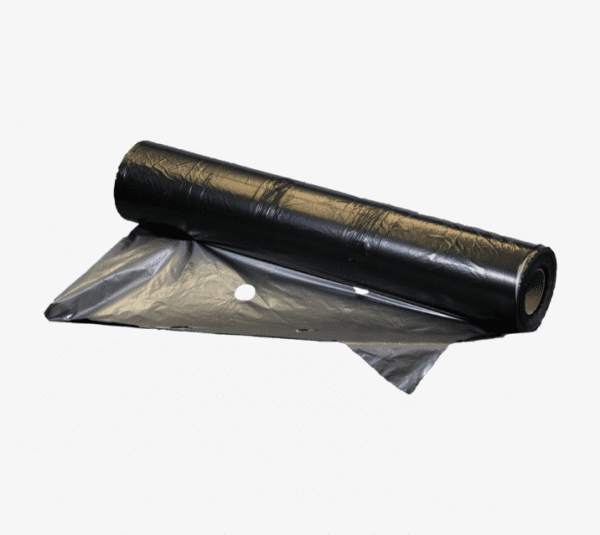 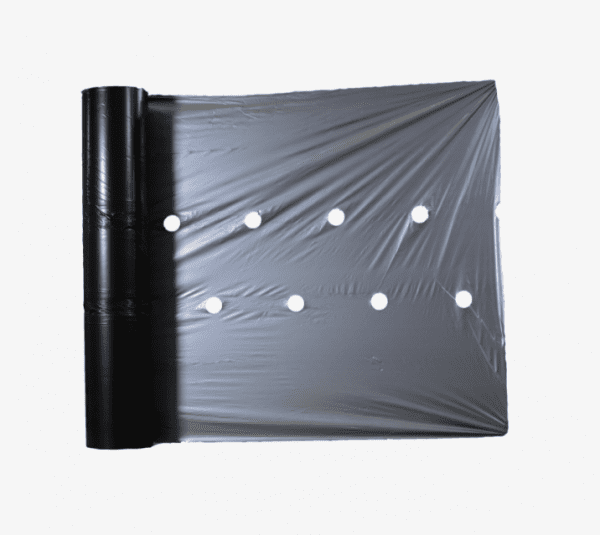 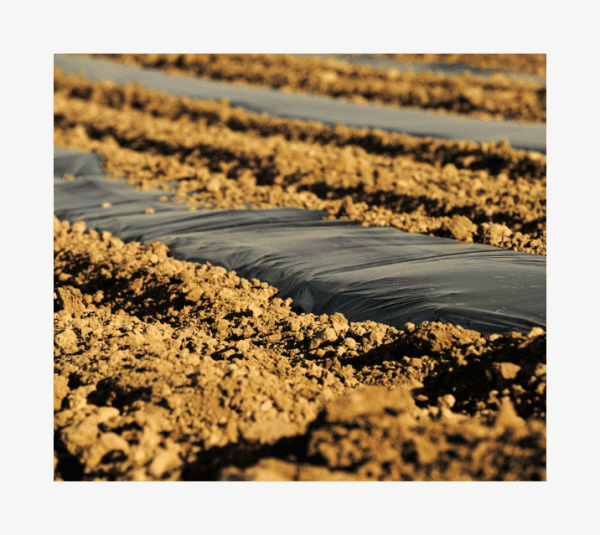 The HUMIDECK plastic mulch is a highly resistant and flexible film made of LDPE, LLDPE (linear) or a mixture of both, obtained through a production process called “blown film” where different layers are built with a thickness ranging from 10 μ (40 gauges) to 100 μ (400 gauges). The purpose of this film is to prepare the soil so that the crop is in the best conditions for plant development.

Find all the details

- Material: LDPE, LLDPE (linear) or a mixture of both.
- Packaging: Rolls
- Characteristics: Can carry multi-perforations (up to 500 perforations/m2 with a
perforation diameter of 10mm). These perforations have different perforation diameters for the marking of the planting frame.
- Quality: 100% recyclable material.
- Standards: Yes. Suitable for contact with foodstuffs.

- It is bioriented: more resistant. The mechanical properties are constituted in several directions.
- Depending on the colour, they help to repel certain insects and prevent the growth of weeds.
- They improve the general environmental conditions of the growing environment.
- They act as a physical barrier and windbreak effect, preventing damage due to adverse weather conditions such as heavy rain or hail.
- Water saving: the increase in soil temperature and better humidity conditions favour nitrification processes. This greater availability of water and nutrients also favours rapid growth.
- Influences soil structure and soil temperature: the constant humidity leads to better root development, more lateral
better root development, more laterally and less in depth, with a positive impact on soil-water-plant relationships.

Its main objective is to save water, as well as to protect the crops and the soil from the action of atmospheric agents, which, among other effects, dry out the soil, deteriorate the quality of the fruit, cool the soil and wash away the fertilising elements necessary for the vegetative development of the plants. For example:
- Broccoli
- Lettuce
- Tomatoes
- Cucumbers
- Leeks
- Radishes
- Carrots
- Spinach
- Flowers
- Cherry
- Cauliflower
- Strawberries
- Cabbage
- Culinary herbs
and aromatic herbs.
- etc..

- The material should not be near conveyor belts where it can be charged with static energy.
- To ensure that the mandrel remains in good condition and does not become deformed, it is recommended that the product is not stacked in areas where moisture is present.
- This product is non-hazardous and non-toxic. Behaviour is stable under normal handling and storage conditions.
- This product is SUITABLE for food use.
- This product is 100% recyclable.

Ideal ambient storage conditions are between 15 and 20°C, in a dry place.

The HUMIDECK range offers a variety of plastic mulch options, with different thickness and functionalities:

Cookie consent
We use our own and third-party cookies to facilitate your navigation on the website, to know how you interact with us. Please read our Cookies Policy to learn more about the cookies we use, their purpose and how to configure or reject them.
Manage options Manage services Manage vendors Read more about these purposes
Preferences
{title} {title} {title}